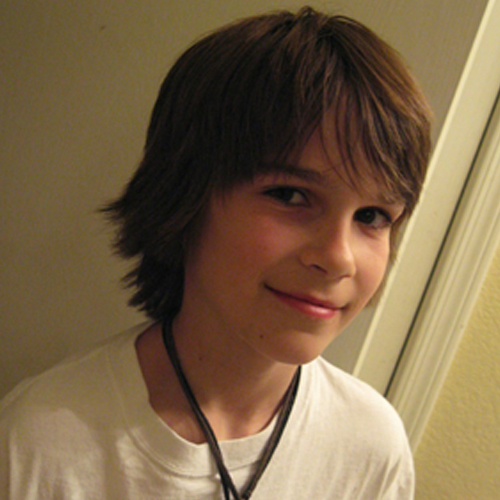 It was a decision he made in a moment that has changed all of our lives forever.

Kieran was 13 years old when our lives changed forever. Kieran was one of the most caring and kindest young men you could know. He was always concerned with making sure everyone was happy around him, and he brought immense joy to our lives, as well as the lives of everyone he came in contact with. During his memorial service, he was described by his elementary principal as a “piece of heaven,” and that is truly who he was. To me, his mother, he was my light. Losing him was devastating, and that pain has touched every part of our lives.

When a child brings such light into everyone’s lives, once he leaves this earth, he takes that light with him. It leaves a darkness for us all to deal with, while we also grapple with the unbearable “why.”

Kieran and his sister had a childhood friend that lived down the street from us. Through the years she started to get in trouble at home and school, making choices that we did not support as a family. My daughter agreed with us to break ties with her. My daughter was 2 ½ years older than her brother and we thought that this would be the end of our involvement with this girl.

Once Kieran started junior high, he was in the same school as this girl, and they picked their friendship back up. We were not happy with this decision, and as parents, we voiced that opinion. When my daughter told me one day that Kieran and this girl were “going together” we decided that this had gone too far. My husband and I told Kieran that we did not like this girl, that her values were not values that we agreed with as a family, and we could see that he was starting to be affected by this relationship with her. We told him that we did not want him to be near her anymore, for any reason. Of course, this was not what he wanted to hear.

Two days after Christmas in 2008 my husband came home from running an errand to find him standing outside our house talking with her. When he came into the house, my husband asked for his phone and x-box controller because he was grounded, and we would talk about it later as a family once I got home. That night we sat down in the living room and discussed it, and we told him that it was over, and he was grounded for the rest of the break. He looked at me and said, “Mom, she will think that I don’t love her anymore.”

Looking back on that statement I feel tremendous guilt because I missed just how serious that this had become to him, at least his feeling of not wanting to hurt her. We ended the conversation, and he went back upstairs to his room. He was upset. Again, looking back, I had no idea just how upset he was. It was about 20 minutes later that we heard a noise that I did not recognize. My husband yelled, “What was that?” There was only silence.

He immediately got up and ran up the stairs, and I followed to find our son laying on the floor in our bedroom with my husband’s service weapon lying beside him. In a moment of emotion, he had taken his life. It was a decision he made in a moment that has changed all of our lives forever. It could not be taken back.

At the time of my son’s passing, my husband was a police officer, and I taught 8th grade. There could be no more of a textbook scenario for people who should be able to recognize the signs of a possible suicide, but there were no signs because this was not a “typical” suicide. This was a horrible mixture of emotion and hormones. Kieran was not depressed.

This is not the typical scenario that people are taught to look for and because of that, we believe it is important to teach young people how important it is to recognize that there is always a new day and that this too shall pass when they are dealing with teenage pain and angst.

I still teach 8th graders, and every year I tell them the story of my son, so they will recognize that they are in a period in their life that is filled with emotion and hormones that they cannot control, but they can control how they react to them. When they encounter a break-up or a disappointment, we want them to remember that tomorrow the sun will still come up, and it will be a new day. I want my students to know that this isn’t a Netflix show. Suicide affects people in a way that is devastating, and no one will ever fully come back from it.

We want parents to who suffer this devastating loss to know that they will get through it, and what that really means, from people who have lived through it. Parents who have experienced this need to hear from the survivors of this tragic situation, so they can hear that they can get through this horrible experience and know that they aren’t alone. Sadly, this road has been traveled too many times before them, and we want to help them to navigate it.