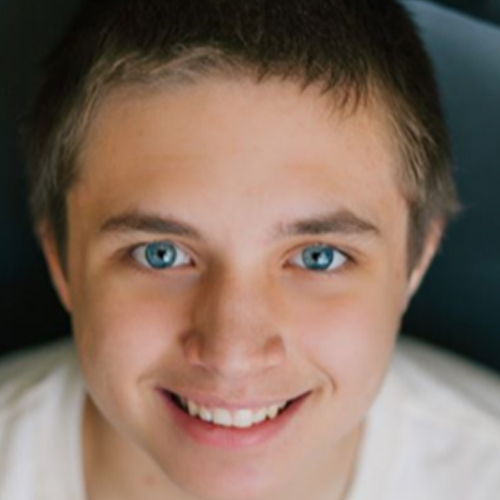 He thought that no one outside of his family cared about him or that few would miss him. He had over 400 people at his funeral, so he misjudged the extent that he impacted others.

Brandon was a very smart and kind boy. As a small child, he loved to use his imagination to play with Dinosaurs, anything Star Wars related, and read books. He had a lot of medical problems and was diagnosed with Failure to Thrive as a baby and had to be fed through a tube in his stomach, so he was used to many quiet indoor activities. He loved playing with his older sister as well, and she was very attentive to him.

As he got older, his medical difficulties improved. He got SCUBA certified at age 10. He went on many cruises to tropical climates where he loved to dive with his dad and sister. He felt at home in the water and even went on a shark cage adventure and many deep-sea fishing trips. In High School, he joined the Speech and Debate Club and was a member of the Academic Decathlon team and enjoyed participating in those activities.

In his teen years, he struggled with depression and anxiety. He saw a doctor and counselor to help with that. He was also in the process of being diagnosed with Asperger’s, which would have helped explain some of his unusual quirks that made him a bit different than his peers. He did not have many friends, and he was bullied a bit in Jr. High and High School, which contributed to his social anxiety and depression.

On Jan 2, 2012, he was scheduled to take his final driving test to get his license. His dad and I were at work, and he texted me that he couldn’t find his wallet and he needed that to drive as it had his permit in it. We talked a bit, and I suggested he look around more but if he could not find it, that he would have to call and cancel his lesson. He then texted a short time later that he had found it and all was fine. When we got home, we discovered that he had taken his life that afternoon around 1:37 pm according to the note he left. Our world was shattered and turned completely upside down, never to be the same again.

Brandon was gone at age 16, 1 month shy of his 17th birthday. The journey of dealing with such a tragedy is a long, painful and difficult one. Suicide does not just touch those who are poor, uneducated or uninvolved in their child’s life. I think it is a common misconception that it could never happen to you. It impacts families from all walks of life and does not discriminate as to who it touches.

Brandon was receiving help from a doctor and counselor, so we were aware that he was struggling. He chose to not fully participate in this treatment though, always reassuring us that he was doing fine and not to worry about him. He never really expressed the extent of his pain or share how much he really needed help. I think he grew tired of trying and just could not see how it was ever going to get better. He thought that no one outside of his family cared about him or that few would miss him. He had over 400 people at his funeral, so he misjudged the extent that he impacted others.

I think his message to others is, if you need help, reach out to those who can help you, but also accept their help and participate fully in overcoming your obstacles. That you can recover, but it takes effort and determination. To recover from a suicide loss also takes great effort and determination. I have found that skilled grief counselors are very helpful. I did EMDR to help with the PTSD that I suffered from. Speaking to a medium like Melinda Vail has been one of the biggest gifts that helped me to know that even though Brandon’s physical body is dead, his soul lives on and he still exists and has a wonderful life. I am happy knowing that he is at peace and no longer is in pain.