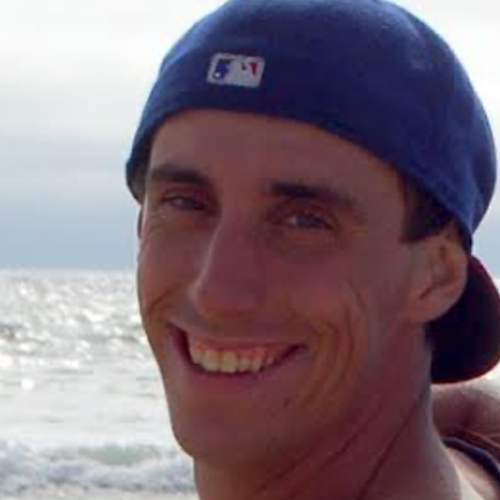 It was as if he was wearing a happiness mask, attempting to convince both himself and those around him that he was, in fact, happy and not drowning in pain.

Growing up, Michael was a child in constant motion. If he did not have a ball in his hand or a soccer-ball at his foot, he was constructing masterpieces with his Legos and Lincoln logs. He would terrorize his siblings in one moment and in the next cover for and protect them. He was goofy and kind and loved without condition. His talents on the soccer field earned him a scholarship to a four-year university that unfortunately, his “broken” knee would not allow him to pursue.

His knee took him off the competitive playing field, and almost seamlessly he redirected his energy and found continued happiness in the outdoors. It was where he was most at peace, where his smile stretched the widest. Whether he was gliding down snow-covered mountains on his board or hiking up those mountains providing the geological history of its formation, it always felt good to experience it with him...provided you could keep up.

Michael knew early on he wanted a family and was looking for his someone special to build his family with. He wore his heart on his sleeve, his whole heart, and if you were lucky, you could feel his love come through his sensational hugs.

In the month prior to Michael’s passing, he seemed more outgoing and gregarious than usual. It was fake...forced, and we could see through the act. It was as if he was wearing a happiness mask, attempting to convince both himself and those around him that he was, in fact, happy and not drowning in pain. It was upsetting for us to see him like this and we simply wanted our Michael back.

Suicide has a strong stigma. Educating, discussing, and bring to light the warning signs and resources available for those suffering from depression or suicidal ideation helps to reduce the stigma.

The day of his passing began as a normal Saturday, Michael had been helping with yard work, we had been running errands and so on. Later that evening we had sat down to watch a movie, while Michael stayed locked away in his room. A friend of his had come by the house, we invited him in and directed him down the hall to Michael’s room. After a minute his friend came back to the living room explaining that Michael did not appear to be in there. This seemed odd, so we got up and looked around, checking the garage, opening bedroom doors. Not a thing in this world could have prepared us for the sight we took in next.

We found Michael in his closet. We got him down, and I immediately began CPR, Mike called 911, and within minutes our house was flooded with first responders providing care and attempting to save the life Michael had just decided to end. What followed were days that bled into one another, a makeshift camp in the ICU, and numerous medical tests. The tests confirmed what we feared most, Michael’s brain had been deprived of an adequate supply of oxygen for too long, and life beyond a ventilator was not likely or possible. In the end, our family carried through and honored Michael’s wishes. From a very young age, he had been registered as an organ donor. In his death, he gave others a renewed chance at life.

Suicide has a strong stigma attached to the act. The effects of suicide go beyond the person who acts to take his or her life; it can have lasting effects on family, friends, and communities. Educating, discussing, and bringing to light the warning signs and resources available for those suffering from depression or suicidal ideation helps to reduce the stigma.

I want people to know that our story as a family goes on, that each of us has dealt with his death in our own way. I think his death has also changed our outlook on life and what we want out of that life.