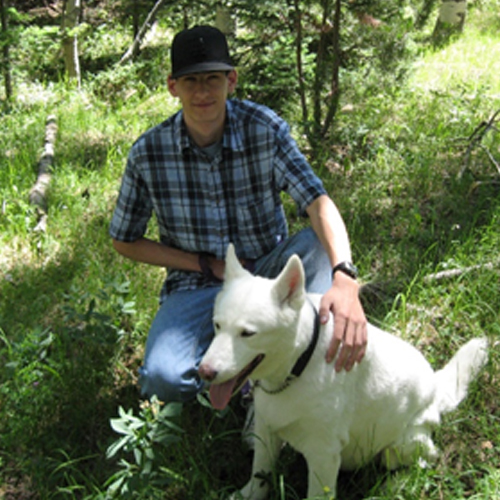 Sometimes Joss suffered bouts of depression so deep he couldn’t get out of bed for days. We didn’t understand his illness but knew he needed help.

In the spring of 2011, our 21-year-old son Joss was a senior at Arizona State University, ready to graduate with degrees in both psychology and biology. He was a passionate and brilliant student, fascinated by current brain research. He had plans to continue his studies of neuroscience and earn a doctorate.

Growing up, Joss had a curious mind. He believed information was the key to life. If he came across an interesting topic, he’d research it until he satisfied his curiosity. He liked to share his findings, going into long explanations about how things worked or why people behaved as they did.

Joss was smart, funny, and kind. He was tall and handsome. But he was also very troubled. He felt socially awkward. Transitions were hard for him – from elementary to middle school, then high school, and finally to college. When he went to ASU, he chose to live at home and commute to class because the idea of living in a dorm was too uncomfortable.

Sometimes Joss suffered bouts of depression so deep he couldn’t get out of bed for days. We didn’t understand his illness but knew he needed help. We encouraged him to get counseling and go to a psychiatrist. He refused. He eventually agreed to see the family doctor who prescribed medication but provided no other treatment or counseling. As graduation from ASU approached and another major transition loomed, having to leave school and get a job seemed overwhelming for Joss. He dreaded the end of his work in the neurology research lab and the loss the friends he had there. Tragically, Joss took his life a few weeks before his senior year was over.

He must have planned his departure for weeks. We weren’t aware of it, but he purchased a handgun from a gun shop. He gave away some of his prized possessions. He joined us on family outings, spending more time than usual with his grandparents and us. He stopped taking his medication. During that period, Joss seemed cheerful and positive. We had no idea he was in the process of saying goodbye to his family and friends. On March 28, 2011, he shot himself.

Through our participation in the Through a Parent’s Tears documentary project, we will continue not only to raise awareness and teach others about suicide prevention but share a different pathway to recovery for those who are left behind.

The shock and grief we felt after his death was unbearable. We didn’t understand why Joss had taken his life and blamed ourselves. In our search for answers, we learned that suicide is usually caused by depression or other mental illness. We got involved in suicide prevention and advocacy so other parents might avoid suffering a loss like ours. Working with the American Foundation of Suicide Prevention (AFSP) and EMPACT, the local suicide prevention agency, we’ve given numerous presentations to students, teachers, and parents.

Through participation in the Through a Parent’s Tears documentary project, we will continue not only to raise awareness and teach others about suicide prevention, but share a different pathway to recovery for those who are left behind.

The most profound experience in our recovery was a reading with a gifted medium, Melinda Vail. Although Steve acted highly skeptical at first, the first session we had with her was astounding. Joss was invisible, but we had absolutely no doubt he was in the room with us. He told us he had a bipolar disorder with major depression. He believed death was the only way to end his pain. He said he was happy on the other side, learning a lot, and spending time with family members who had passed on. He apologized repeatedly for hurting us so much.

We have gone back for many readings over the years. They are always comforting and encouraging. We’ve learned to recognize the little messages Joss often sends to remind us he is nearby. While we will never truly recover from his sudden death, there is great comfort in knowing he is much happier now. He is still with us, and we can visit with him any time.